Choosing the Best for Your Breast Reconstruction After Cancer

One of the many considerations of breast cancer that requires a mastectomy is Breast Reconstruction surgery. This can be a time of overwhelming choices and so my goal with each Breast Reconstruction patient is to provide compassionate care and the best natural looking results possible. This is a specialty I give the utmost attention to and have developed knowledge and skills that have provided beautiful results that have been very healing and satisfying to many clients.

While considering being in surgery again most certainly is not appealing after going through cancer treatments, I have found that it does help empower women to regain their feelings of femininity and sense of normalcy. Most times I’m helping to rebuild a breast mound after lumpectomy or mastectomy surgery, however I can also correct previous breast surgeries and nipple replacement.

Deciding on the Surgeon

Through my many years of experience and artistry, as well as using the most sophisticated and cutting edge techniques, I can help to create natural looking breasts to enhance body shape. Breast reconstruction surgery requires a thorough understanding of the intricacies of the human anatomy, as this is not the same process as the standard Breast Augmentation. I have extensive experience and years of specialized training in Breast Reconstruction surgeries to provide my patients with the most beautiful, natural looking results possible.

You also have options as to what you’d like to replace the breast tissue with, including your own living tissue from an area with some extra to spare, such as your inner thigh, or implants made of silicone or saline. All of these can be used to create beautiful, natural looking breasts. The best choice differs for each individual based on many factors so we will discuss this extensively. Some of these factors are (but not limited to):

If you’re considering Breast Reconstruction after cancer, and you’re looking for compassionate and expert care for the best results possible, please visit our website to schedule a consultation at www.davinciplastic.com.

For Breast Reconstruction or Revision…Natrelle 410 Implants Will Keep Everyone Guessing! 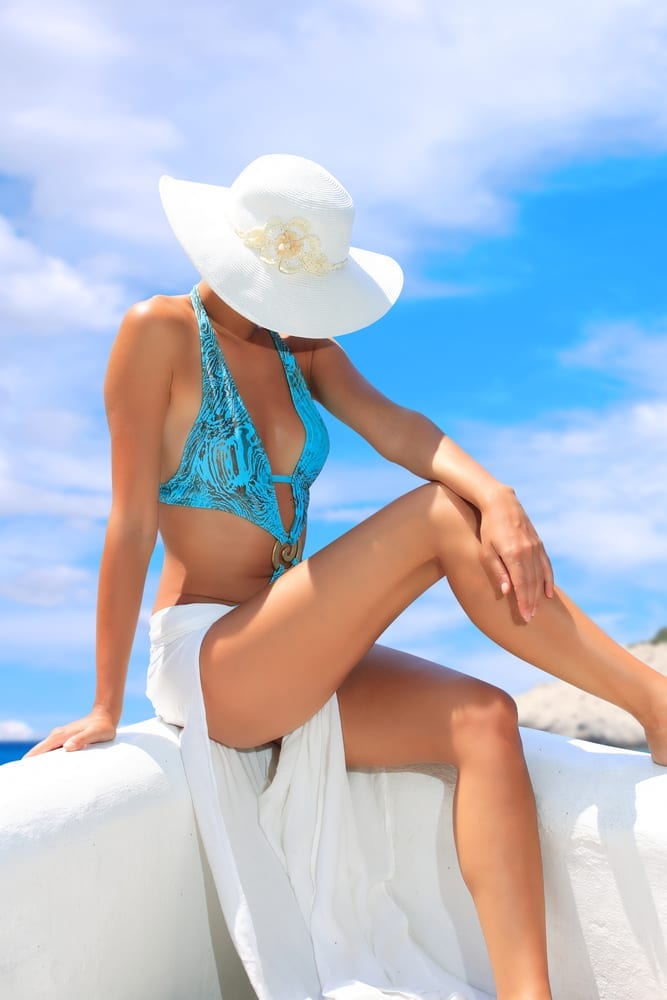 The 410 Implant was the very first highly cohesive…anatomically shaped implants and they are now referred to as “gummy bears.”  They have been in use throughout Europe since 1993 with wonderful results.  Natrelle 410 offers 12 shapes for a given volume.  I love them…my patients love them… for many reasons!

Hand in Glove Fit! Selecting the right implant is the first step to achieving your desired outcome…Second is “surgical technique and skill.”  Added years of specialized surgical training and years of great success and natural outcomes in reconstructive breast surgeries…have given my patients have the highest level of confidence in my abilities…strong enough to send their friends and loved ones to me also.

OK…been thinking about implant revision/replacement…or have you been through a mastectomy?  Let’s talk…

Spring Graduations, June Brides, New Mommies, Class Reunions, Career Changes, normal facial Aging is really showing…Beach Days are here…are you beach body ready? …and many more reasons to get that Breast Augmentation scheduled, to have a Mini Facelift, to keep them guessing with Botox treatments or have an “instant liquid facelift.”  Take 10 years off the face with an Eyebrow/Forehead Lift…removing years of aging with an Eye Job (Blepharoplasty) or a Nose Job…come on and let’s get to work. See complete info: https://www.davinciplastic.com.

Helping You Keep Your Best Self Forward….best to you and yours.

“DAVinci….where I combine the supreme elements of art and surgical science.”

Angelina Jolie’s double mastectomy is big news right now...and is a timely reminder for women around the world…about the risk of developing breast cancer when a person is BRCA1 positive and/or has a strong family history of breast/ovarian cancers. Angelina chose to have a double mastectomy (removal of both breasts) for several reasons….these 3 being the highest priority:

1) Angelina’s double mastectomy (surgical removal of both breasts) greatly reduced her changes of getting breast cancer by 87%.  For people who test positive for BRCA 1…the breast removal surgery reduces the risk of ever getting cancer…significantly.

2) The mastectomy surgery reduced her risk of getting ovarian cancer by 50%.  This is the disease that killed her mother (after fighting it for 10 years) at age 56.

3) Having the double mastectomy reduced her risk of breast cancer down to less than 5%…so she could tell her children: “They don’t need to fear they lose me to breast cancer.”    Her big why was her kids.  Living a long life to be there with and for them.  I didn’t want to leave them or for them to lose me at a young age the way I lost my Mom.  Angelina, age 37, and Brad Pitt have 6 children. Three are her own natural born and three are adopted.

Angelina chose to tell us all about her double mastectomy to encourage other women to:  get gene tested and to raise awareness of the options available to those at risk.

Angelina’s surgery was done in February…but she kept it private until now.  Even her own father, Actor/Celebrity John Voight didn’t know about it until recently at a family birthday party for one of the kids…and was very surprised because she has been very active and looked (looks) perfectly normal and healthy.

Brad Pitt and their 6 children were totally involved in the entire process…and even set up a little post-op recovery area at home so they could help mommy and be part of her recovery.  Brad is thankful and relieved for the clean bill of health….and for the fact that the cloud has been removed!

About BRCA1...BRCA1 is a gene mutation that men and women can carry and pass down to children.  This mutation makes people at risk for breast, ovarian, pancreatic and prostate cancers.  Genetic counseling followed by gene testing (blood tests) allow mutations to be found either BRCA1 or BRCA2…and empowers other family members to get tested also.  See: www.davinciplastic.com

“This was not an easy decision….but one I’m glad I made! Now I want to encourage other women to get tested…especially those with a strong family history of cancers! ” She encourages us to seek out the information and the experts…learn about all the options…and those who can help you through this aspect of your life…make informed choices and become empowered!

Other Celebs who’ve had double mastectomies include:  Sharon Osbourne and Sheryl Crow.          November, 2012….Sharon disclosed the facts about her breast removal surgery  after a genetic test revealed she was a carrier of BRCA1 genes.  She knew immediately that the odds were not in her favor….she’s had cancer before and did not want to live under that cloud again.

The critical message here is:  if you have a strong family history of cancer….get tested.  Let’s talk about….I’m specialized in all breast procedures including reconstruction options.

Best to you and yours.

Let us know how we can help you by completing the form below. We will be in touch with you shortly.