“Non surgical nose jobs” have been popping up more and more on Instagram over the last year. As awareness and interest increases, the amount of people asking for this procedure, formally called Non Surgical Rhinoplasty, is bound to increase simultaneously. It is positioned to be one of the top “tweakments” of 2019.

A tweakment is an adjustment to your looks to align it with your ideal self. It’s not a complete change of who you are or what you look like, but a small change to enhance your existing features. Tweakments are usually less invasive procedures (though sometimes still surgical) and don’t involve as much recovery or downtime. These usually are performed to help your actual appearance line up with the filtered, photoshopped self on social media.

What is Non Surgical Rhinoplasty?

Rhinoplasty is one of the most popular surgeries because the nose is a flagship feature of the face. When the nose is put into facial harmony, it offers one of the most greatly satisfying results. The change can be quite drastic to one’s appearance, but it usually what is desired. On the other hand, the Non Surgical Rhinoplasty is a quicker, no downtime route to achieving your preferred nose. It uses injectables to achieve the desired small changes, so there is no sedation or recovery time. With topical numbing and extremely precise injections over the course of a lunch break, you’re on your way.

What can Non Surgical Rhinoplasty do?

The injectables fill in curves and bumps, adjust the shape of the tip, and increase the hight of the bridge, which minimizes the appearance of width. Even though hyaluronic acid filler is adding volume, the precisely placed injections can actually make your nose look smaller and straighter.

Who is not a candidate?

Someone who has already had Rhinoplasty or a nose break, may not be a candidate depending on the fragility of the nose blood vessels. Also, if the desired adjustment to the bump or width of the nose is just too drastic, traditional Rhinoplasty would be needed to achieve desired results.

As with any injectable treatment, there are risks and the results are temporary. Results usually last around a year, give or take, depending on the filler used. Also, if price is a factor then, Rhinoplasty is more cost effective in the long run due to the temporary nature of the fillers. However, some people are willing to incur the cost in order to avoid surgery.

Using injectables for Non Surgical Rhinoplasty is called an “off label” use of the hyaluronic fillers, so this use of them hasn’t been endorsed by the FDA and comes with health risks. For safety reasons, treatments should only address concerns along the bridge of the nose and only be done by expert injectors familiar with nasal anatomy. This ensures that any blood flow is not inadvertently blocked, which can have severe negative affects to the eyes and surrounding skin.

Refining the nose is the one of the most harmonizing effects for refreshing the face. If you feel like your nose is our of balance with your facial symmetry, and you’re deciding if Rhinoplasty or Non Surgical Rhinoplasty is for you, let’s talk it over. Visit www.davinciplastic.com to schedule a consultation.

In the hands of a triple board certified surgeon like myself, you know you’re giving yourself the best chance possible for wonderful cosmetic surgery results. Learn more about my triple board certification and credentials here. As much as I can do a fantastic surgery for you, what happens after the surgery room is up to you and your body.

In addition to following our post operative care instructions, you can give yourself the best chance possible for healing properly by allowing for enough recovery time and taking these measures:

So what does allowing for enough recovery time look like? Here is a break down by the most popular surgeries, so that you can start planning for the ideal time in your schedule. First we will start with the face and then the next blog will cover the recovery for the most popular body procedures.

Rhinoplasty
Remaining upright, on pain meds, and out of sight for at least a week will be your post surgery recovery for Rhinoplasty. Except for the necessary post op visits to remove your packing and splint, you’ll want to take it real easy. There will be significant bruising and swelling around the eyes and midface for at least a week. While you’ll likely feel able move around by the end of the week, you’ll probably want to plan to stay out of work, order take out and delivery groceries for 1 to 2 weeks. Swelling and bruising will settle down by a month, but depending on the degree of nose alteration, it could be up to a year until things look and feel like the new normal.

Facelift
Your first 1 to 2 nights should be spent with someone to help you. While you should definitely be resting, you can get up to walk around to help with blood circulation for healing. The swelling and stitches along your hairline will require you to take 2 to 3 weeks off of work. After that you can cover most of it with styling your hair and makeup while you continue to recover for the rest of the month. You will probably look a little swollen or tight for a few months, but the final results of healing should be complete within a year.

Jaw and Neck Liposuction
For a facial procedure, this has a relatively quick recovery time. It’s normal to have bruising and need to wear a compression chin strap for a week. Bruising often travels down the lower neck and even into the upper chest. Sutures are removed within 3 to 5 days and the scar under the chin isn’t ever visible in a normal profile view. Any muscle weakness affecting the lips should subside in 2 weeks. You should be happy with the swelling usually resolved by 3 months.

Request A New Nose for Christmas

Take Years Off Your Face with Rhinoplasty

Poor Rudolph the Reindeer. All he’s known for is his bright red nose. In reality, no person suffers from a bright red glowing nose, but sometimes those humps and bumps, that droopy or bulbous tip, or crooked bridge can make some people feel like they do. Ideally, the nose is meant to fit harmoniously with your unique facial composition.

RESHAPING WITH RHINOPLASTY… Commonly called a “nose job,” Rhinoplasty plastic surgery can enhance the nose in many ways. By reducing its size or shape, or correcting injuries, the nose can become part of a pleasing facial unity. I’ve written about this before and am considered one of the experts in this area, but this time I’d like to focus on the anti aging benefits that can be provided by Rhinoplasty.

NEGLECTED NOSE NO MORE… Cosmetic procedures such as facelift, necklift, and blepheroplasty are very popular for turning back the time on the face. However, most people don’t realize that Rhinoplasty can have dramatic age reversing effects, as well. While Rhinoplasty is still predominantly considered a facial modification procedure to change the nose to be more visually pleasing, it is becoming more recognized for its age reversing effects. Predominantly it’s being done as part of an overall facial rejuvenating experience in combination with fillers and other surgeries.

HOW THE NOSE AGES THE FACE… The break down of collagen and elastin fibers in skin surrounding the nose and in the cartilage of the nose causes sagging and drooping. This can make the nose stretch and appear longer. This combination of droopy nose tip, and loss of elasticity and volume to the surrounding areas makes the nose look even larger, which amplifies the appearance of facial aging.

NOSE JOBS “THEN & NOW”… In years past, rhinoplasty involved removing most of the cartilage, which also made it more prone to aging faster. With less support structure for the tip of the nose, it would more readily fall down and forward. In today’s surgical methods, only a small portion of the cartilage may need to be removed. Even so, I also reinforce the supporting structures of the nose to make it less affected by gravity, therefore staying younger longer.

FACIAL HARMONY… The nose is the centerpiece of the face and so it really affects how well the other features are integrated. It shouldn’t distract from the lips or eyes, but if other areas of the face are receiving the anti aging attention of injectables and surgery, while the nose stays untouched, it could become a distraction.

YOUTHFUL NOSE FOR A YOUTHFUL FACE… There are some recognizable features of a youthful nose that can help rejuvenate your appearance. Here are a few: 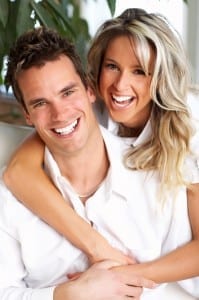 1. Smooth and Even rather than bumpy and bulbous.

2. Tip pointed slightly up rather than dropping down.

So follow your nose for an anti aging RHINOPLASTY that can help take years off your face. Visit my website www.davinciplastic.com to schedule a consultation.

Botox nose reshaping is one of today’s most popular procedures and requires no surgery. While you’re short on time for surgical Rhinoplasty for the Holidays, if surgery is not required, Botox may be a good option for you. Otherwise, schedule your Rhinoplsty surgery now for the first of the year and start enjoying a “more youthful” facial appearance.  Rhinoplasty is popular among people of all ages, stages and ethnicities and people love giving and receiving the gift of cosmetic procedures.